We love what we do and are dedicated to achieving results for the problems clients trust us to solve.

The THRUUE Crew includes some of the most sought-after culture and strategy experts in business. Our seasoned consultants have worked with some of the most well-known CEOs, COOs, business leaders, and organizations in the world.

We are passionate about offering our clients the most innovative approaches. That said, our Crew comes armed with an arsenal of certifications and training that set us apart. These include Cultural Transformation Tools (CTT) Consultant Certification, Appreciative Inquiry, The Art of The Interview, Improv, and Recognition training. 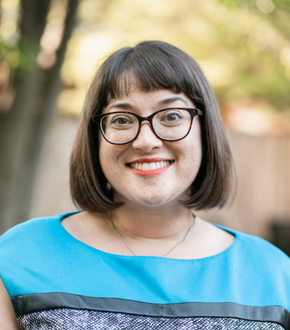 Allison has over 12 years of experience in non-profit associations where she built programs, strategic frameworks, and partnerships that helped organizations increase capacity and achieve their goals. Allison’s subject matter expertise in workforce strategy aligns with her passion for training and facilitating conversations that help people see what the future requires and how they can make new ideas a reality. She holds an MA in English Literature & Language from the University of Maryland and some of her previous positions have been at the American Society of Association Executives, the Association of Clinicians for the Underserved, and the National Association of Community Health Centers. 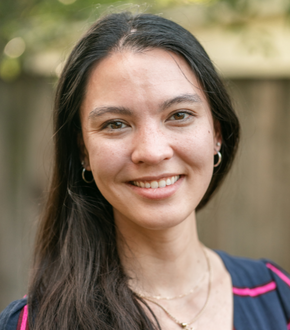 Amanda holds a BA in economics and public policy from the University of North Carolina, completed a yearlong fellowship with the Trinity Fellows Academy, and is a certified Cultural Transformation Tools Consultant with the Barrett Values Centre. Amanda has a passion for the integration of company culture, individual and team development, and business strategy. Amanda has worked with leaders in the healthcare industry to determine their strategic plans and growth goals. Her previous clients include AARP, American Society of Clinical Oncology, American College of Cardiology, and American Health Information Management Association.

Fun fact: Amanda’s childhood career aspiration was to be a Power Ranger. 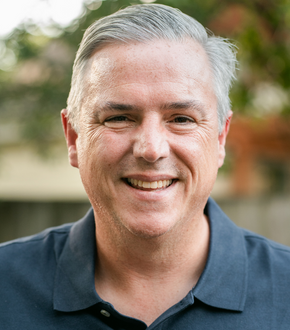 Daniel founded THRUUE in 2012, seeing an opportunity for CEOs, boards, and leadership teams to simultaneously set strategy and design healthy organizational cultures. Daniel has nearly twenty-five years of management consulting experience across multiple industries. He has helped dozens of for-profit and nonprofit organizations reimagine their missions and redesign their company cultures. He earned his MBA from the University of Rochester and is a published author as well as a certified Cultural Transformation Tools Consultant with the Barrett Values Centre.

Fun facts: Daniel attended Game 7 at Shea Stadium when the Mets won the 1986 World Series against Boston. His favorite movies are Heat and Ordinary People. 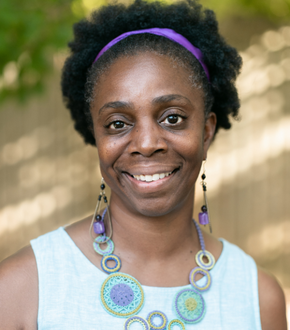 Dr. Hillman has more than 25 years of consulting experience across government, academe, private and non-profit organizations. She specializes in architecting high impact leadership development programs, partnering with leaders to identify what is good and use that to ignite cultural transformation, and qualitative methodologies to compassionately reveal hard truths in service of accelerating organizational performance. Dr. Hillman’s previous client experiences include an enterprise-wide safety strategy for CONSOL Energy, executive leadership alignment for Good360 and a communications transformation for the National Science Foundation. She earned her PhD from American University and holds a certification in Organizational Development from Georgetown University, in addition is a certified coach and facilitator.

Fun Fact: Philipia has dined on the top of the Rock of Gibraltar. 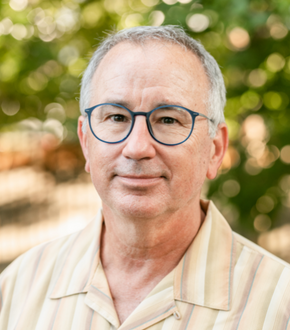 Jame has more than thirty years of experience helping companies achieve their potential to perform and grow. He is a certified Cultural Transformation Tools Consultant with the Barrett Values Centre. Throughout his career, Jame has enjoyed building teams with a strong sense of purpose that are able to consistently perform at high levels.

Fun fact: Jame is an avid competitive sailor who has competed in races all over the world, including in the Pacific and Atlantic oceans and the Aegean Sea. 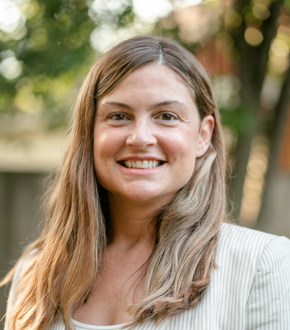 Jennifer has fifteen years of experience working across government, commercial, and nonprofit industries, both domestically and internationally. She holds an MS in organization development from American University and a BA in sociology and Spanish from the University of Kansas. Jennifer is a certified Cultural Transformation Tools Consultant with the Barrett Values Centre. She is a seasoned facilitator who leverages behavioral psychology and group dynamics to build cohesive teams, and leads clients through productive and engaging workshops.

Fun fact: In Jen’s free time, you can find her chasing her dogs and contemplating how she and her husband have found themselves in a household with more paws than feet. 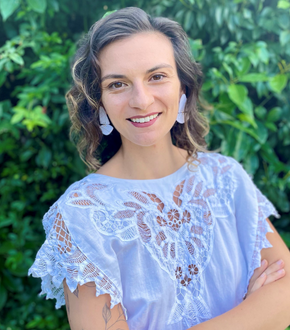 Jonelle’s many roles at THRUUE include managing client projects to successful outcomes, overseeing THRUUE’s culture measurement service offering, and leading THRUUE’s internal People Operations function. Her expertise across business and economics, psychology and coaching, and data analytics combine well in solving complex organizational challenges with holistic, lasting solutions. She has worked with clients to create new strategic plans, revise their business models, bring more rigor and discipline to metrics and data, and transform their workplace cultures. Jonelle graduated with honors from the Wharton School of Business at the University of Pennsylvania, is an accredited Associate Certified Coach by the International Coaching Federation and holds certifications as an Applied Positive Psychology Coach and an Applied Positive Psychology Practitioner by The Flourishing Center. Outside of work, Jonelle spends time on passion projects including her coaching practice, backpacking, and dancing and DJing Brazilian Zouk. 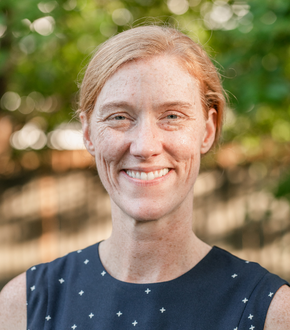 Ms. Camargo is THRUUE’s Healthcare Practice Lead. She has 15 years of consulting experience in the healthcare industry at for-profit, non-profit, and government organizations. She specializes in developing healthcare strategies and guiding leaders in building innovative cultures. She also has experience developing technology products and service offerings for leading health organizations. Ms. Camargo’s previous clients include the National Institutes of Health, the Centers for Disease Control and Prevention, the American College of Cardiology, the American Society of Clinical Oncology, AARP, LeadingAge, the National Association for Home Care & Hospice and CancerLinQ. She is a graduate of Duke University and is a certified Project Management Professional, Scaled Agile Framework Consultant, and Cultural Transformation Tools Consultant with the Barrett Values Centre.

Fun fact: Katie has been scuba diving on the Great Barrier Reef. 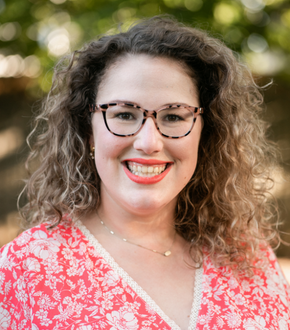 Kirsten has over ten years of cross-industry strategic marketing and communications experience. She holds a MA in Integrated Marketing Communication from Emerson College and a BA in Communication Studies from Millsaps College. 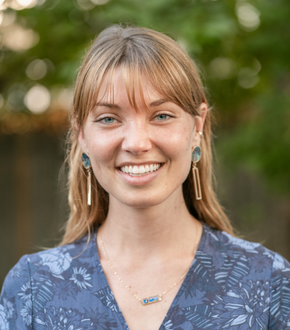 Rhia has over six years experience in strategic planning and culture transformation with clients in the healthcare, nonprofit, and financial sectors. Her recent clients include a global life sciences corporation; medical and health-related associations including the American Society of Anesthesiology, the American Society of Clinical Oncology, and the American Health Information Management Association; and financial services firms Riveron Consulting and OneMain Financial.

Rhia offers a rigorous, people-focused approach to creating winning client strategies. She holds bachelor’s degrees in economics and journalism from the University of Richmond, as well as a Healthcare Ecosystem Specialization certificate from the University of Minnesota Online. She is also a certified Cultural Transformation Tools Consultant with both Human Synergistics International and the Barrett Values Centre.

Fun fact: Rhia has a passion for music and performs in several bands and musical groups. 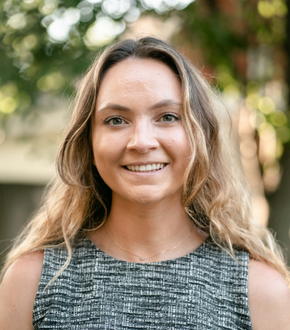 Stephanie holds a BA from the College of the Holy Cross where she played on the Division 1 women’s soccer team. From there she spent a year working in the Philippines with the Department of Social Welfare and Development through the Peace Corps. She brings a passion for helping humans and essential businesses reach their full potential and activate within the spaces that they have influence.

Fun fact: In her free time, you can find Steph teaching fitness classes in Boston, traveling, and hiking. 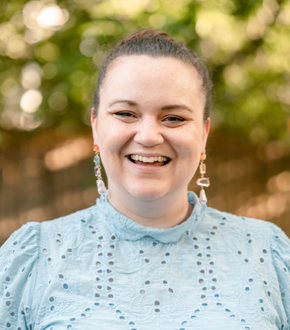 Tessa has worked in nonprofit talent development for over two years and is trained in market-based management. She loves helping teams and individuals increase their impact by identifying their strengths, comparative advantages, and space for innovation.

Fun fact: Tessa loves to listen to “true crime” podcasts. Her favorite is Sword and Scale. 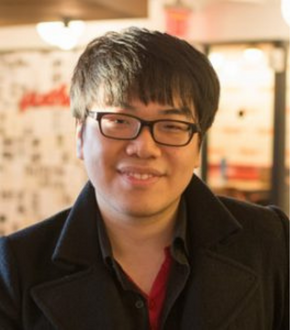 Evan has over five years of experience in accounting, holds a BA in economics from Boston University, and is currently pursuing his MBA at the NYU Stern School of Business. Evan is dedicated to efficiently supporting the financial organization of THRUUE’s executive team.

Fun facts: Evan spent his junior year of college studying cadavers in a basement. He also enjoyed the first Despicable Me movie (particularly the Minions).

Our Board of Advisors 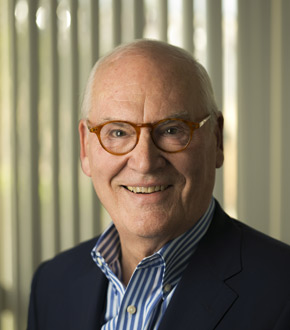 Jim served as the President and Chief Executive Officer of Easter Seals International for 24 years.  During his tenure, he led the organization through years of unprecedented growth, achieving total revenues more than $2 billion, with services provided to more than 2 million people annually.  As CEO, he stressed the importance of innovation and disruptive renewal as a means of achieving growth and relevance, and as a way of continuous reinvention, leading to exponential growth.  Easter Seals became the 7th largest charity in America under his leadership.

Jim has held leadership positions on numerous boards, including Chairman of the National Health Council, Chairman of the Commission on Accreditation of Rehabilitation Facilities, and Chairman for the National Trust for Our Wounded.  He served on the Advisory Board of the Elizabeth Dole Foundation, as a Member of the Board of Governors of the institute for Philanthropy, as an advisor for several for-profit companies, and on many other local education and civic boards

Jim has more than six years of management consulting experience, and he lectures and teaches on the topics of leadership, motivation, innovation, and enhancing performance.  Jim received his BA from Harding University, a master’s degree from the University of Missouri, and a Doctor of Humane Letters from the University of New England.

Fun fact: Jim is an avid fly fisher and loves tying his own flies.  He also enjoys reading and studying Chaucer in Middle English. 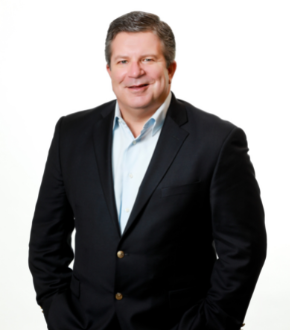 Marc Chase, Managing Partner, Sterling Bridge Investment Partners, possesses extensive experience in all forms of private equity investment.  He is currently a GP and LP private equity investor and has held senior leadership positions in private equity strategy with firms like RSM US LLP, Withum LLP and sits on the Board of Advisors of 1414 Ventures and Claymore Capital Partners.  He is best known for his skills in formalizing and deploying growth strategies related to the private equity ecosystem on a national basis for large professional service organizations. Marc’s counsel is traditionally requested to assist Thruue’s team for new service offerings and market opportunities. 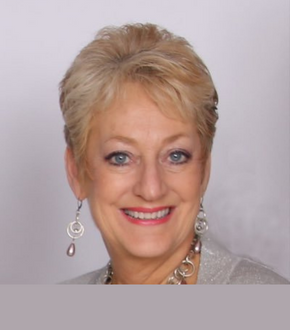 Pat Blake, CEO of the Heart Rhythm Society, has extensive Association leadership experience including ASAE’s Board Chair, Association Forum’s Board Chair, and CEO of the American Society of Gastrointestinal Endoscopy. She is known for her leadership, mentorship, transformative skills and growth orientation. Pat’s experience, mission-focused mindset, and commitment to purpose-driven organizations will bring new insight, wisdom, and focus to THRUUE’s work with associations.